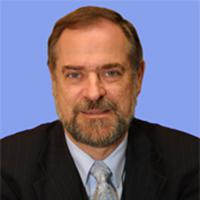 The Economic Society of Australia (South Australia Branch) and the School of Economics, the University of Adelaide, jointly organising a lecture presented by Professor Klaus F. Zimmermann.

While globalization and migration is largely beneficial, concerns in the public are rising. The large differences between the perceptions of society and research evidence needs to be reflected and understood. Europe is a relevant case study also of interest for the US and Australia. Facing an aging and shrinking population, European labour markets could benefit from regulated global mobility. The debate, however, is currently dominated by refugee issues. While the current refugee flow to Europe is still small and manageable, the political institutions seem to be unable to cope with the current and future challenges. The lecture reviews these issues and discusses policy strategies to balance economic needs and constraints with humanitarian obligations. The key issue suggested is the proper integration of labour migrants and refugees into the labour markets. This requires active recruitment strategies of labour migrants and early integration of asylum seekers into the workforce.

The evening is being held at 5:00 - 7:00 (including question time) Tuesday 28 November 2017 at the Room G03, Napier Building, North Terrace, The University of Adelaide.