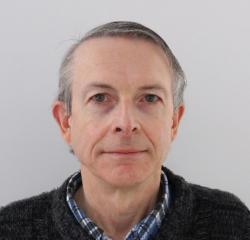 The 2018 AGM of the Economic Society of Australia - South Australia will be held on Thursday 6th December from 5:30 to 6:15pm at Marjoribanks 126 SANTOS Lecture Theatre, Level 1, Nexus Building 10 Pulteney Street, Adelaide, SA 5000

The AGM will be followed by an address by Dr Milton Churche, a former Australian Government trade negotiator from 6.15 to 7:30pm. The topic of his address is:

Have trade agreements, including free trade agreements (FTAs), become irrelevant and a sideshow as concerns increase about the potential for trade wars? Do trade agreements impair national sovereignty and now face a retreat in the face of populist reaction? Have FTAs strengthened or weakened the World Trade Organization (WTO), which oversees the multilateral trading system?

Is President Trump’s renegotiation of the North America Free Trade Agreement (NAFTA) the first step towards a North American trade bloc, and the portent for a fracturing of the world economy into rival trading blocs? Is a TPP 11 without the United States of marginal significance, or is it a positive signal of other countries stepping up to explore new models of collective leadership?

This talk will address the above and other questions as it surveys the rationale for FTAs, their role in economic policy and their potential contribution in the period ahead.

Milton Churche worked on trade policy for 31 years from January 1987 when he joined the Australian Department of Trade (which became the Department of Foreign Affairs and Trade from July 1987) until the end of 2017. His most recent responsibilities were as Deputy Lead Negotiator, and Lead Negotiator for Goods, for the Regional Comprehensive Economic Partnership (RCEP) negotiations, one of the mega-regional free trade agreement (FTA) negotiations, from their launch in 2012.

During his career Milton worked on multilateral, regional and bilateral trade negotiations, and led negotiations across the areas of trade in goods, trade in services and investment.

Prior to this, Milton was Lead Negotiator on Services and Investment for two other concluded FTAs: the Singapore-Australia FTA (SAFTA), which entered‑into-force in July 2003; and the Australia-United States FTA (AUSFTA), which entered‑into‑force in January 2005. Milton had responsibility for negotiations on the Chapters and associated commitments on Cross-Border Trade in Services, Financial Services and Investment in these two FTAs.

Milton started his career as a negotiator on agriculture during the GATT Uruguay Round negotiations, from 1987 to 1994, including in relation to Australia’s chairing of the Cairns Group of Agricultural Fair Traders. From 1994 to 2001 he worked on a range of WTO implementation issues, including trade and environment, a number of WTO dispute settlement cases, and WTO work on trade facilitation, rules of origin and customs valuation.

Milton Churche was awarded his Ph.D. in 1987 and B.A. (Hons) in 1981 both from The University of Sydney. He was  a Visiting Fellow at School of Economics, Australian National University from March 2001 to June 2002, conducting research into the history of the multilateral trading system.

REGISTRATION is required by 3 December for catering purposes.

Attendance is free for current members of the Economic Society of Australia and Women in Economics (WEN).  Tickets for non-members are $20. Membership is available at the event.

Sign up to Economic Society of Australia to enjoy benefits and upcoming events in 2019.

This event is proudly sponsored by the Future of Employment and Skills research centre at the University of Adelaide.